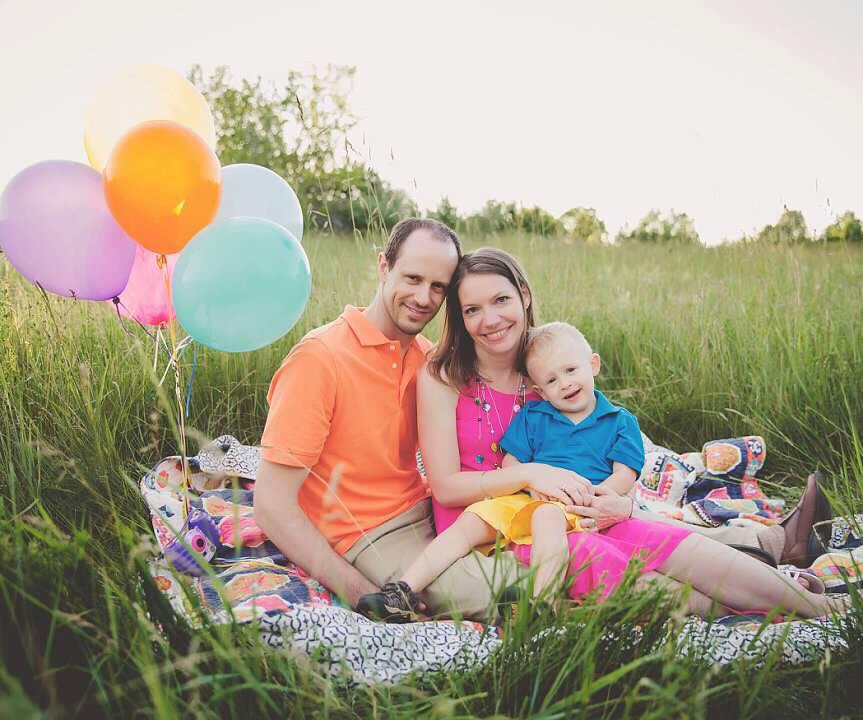 We experienced infertility and early pregnancy loss while trying to grow our family. For the past 8 years, October has been a hard month for me. If our first pregnancy had been viable, we would have a child turning 8 years old this month and had our last pregnancy been viable, we would also have a 3 year old this month. Fittingly, October is also pregnancy and infant loss awareness month. Pregnancy loss is not something I ever gave much thought to before getting pregnant in 2010, but now it’s something that’s never far from my mind.

Four years into our infertility journey, we were blessed with a little boy. He is now almost 6 years old and asking many tough questions. A few years ago, in preparation for these hard questions, I wrote a couple of books for him. One book details how he came to be part of our family. The other book talks about his 6 heavenly siblings, which we lovingly refer to as our glory babies (a phrase we borrowed from a song by Watermark).

Several months ago, our son asked me to read the book I wrote for him to tell him about his glory baby siblings. When I was finished reading, he turned to me and asked me their names. I had to tell him they didn’t have names. He asked why, and I didn’t have a good answer for him. I asked him if we could pray and ask Jesus to name them but he wasn’t ok with this option. He told me we needed to give them names and he was quite adamant. I don’t remember how the conversation ended but it definitely stuck with me.

I talked to my husband and others about this conversation. Everyone agreed there wasn’t any reason not to give our babies names, especially since our son was asking and seemed to be upset that that they were nameless. We decided that if he brought it up again, we would work together to honor his request.

Later that week, he came to us one morning when he woke up and told us that we needed to name our babies. He went on to say that there were 3 boy babies and 3 girl babies and one of the boy babies was to be named Simon. Naming the babies had obviously been on his mind.

We told him that we would work together as a family to give our babies names. At this time, we were busy selling our house and moving; so the subject was dropped temporarily. He would occasionally mention it in passing but we didn’t have time or energy to focus on it. About a month ago, after we had settled from our move, he brought me the Glory Babies book I had written and asked me to read it. Again, he asked if they had been named yet. At that moment, they did not have names but we worked together and a few days later they had all been given names.

They had names but now what? My friend, Amanda, has a non-profit organization called Project Robby. In memory of her son Robby, who was born too soon, she sends blankets, hats, and angel wings to parents who leave the hospital with empty arms, no matter the gestation. She has many people who donate blankets, hats, and angel wings to her organization but there are many other expenses (shipping being the biggest). Every year, she does a couple of fundraisers to help cover the costs of operating the non-profit. The fall fundraiser is a virtual walk. She has t-shirts made for people to purchase, and the proceeds go to Project Robby. On the back of the shirts, parents who have lost babies can have their babies’ names listed. My friend put out the request for names for the 2018 shirts right around the time we were talking about naming our babies and we decided to add their names to the list.

We got our shirts last month and our son has been so proud to wear his shirt. He’s told several people that his babies’ names are on the shirt. I love that he has something tangible to wear in memory of his siblings. It is amazing how much peace this small act has brought our family. And even more amazing that it was initiated by a 5 year old. Pregnancy loss doesn’t just affect the woman or the couple, it affects the entire family. I may never have thought to name our glory babies, but I’m thankful our son encouraged us to do so. Now when we talk about his siblings, we can refer to them by name.