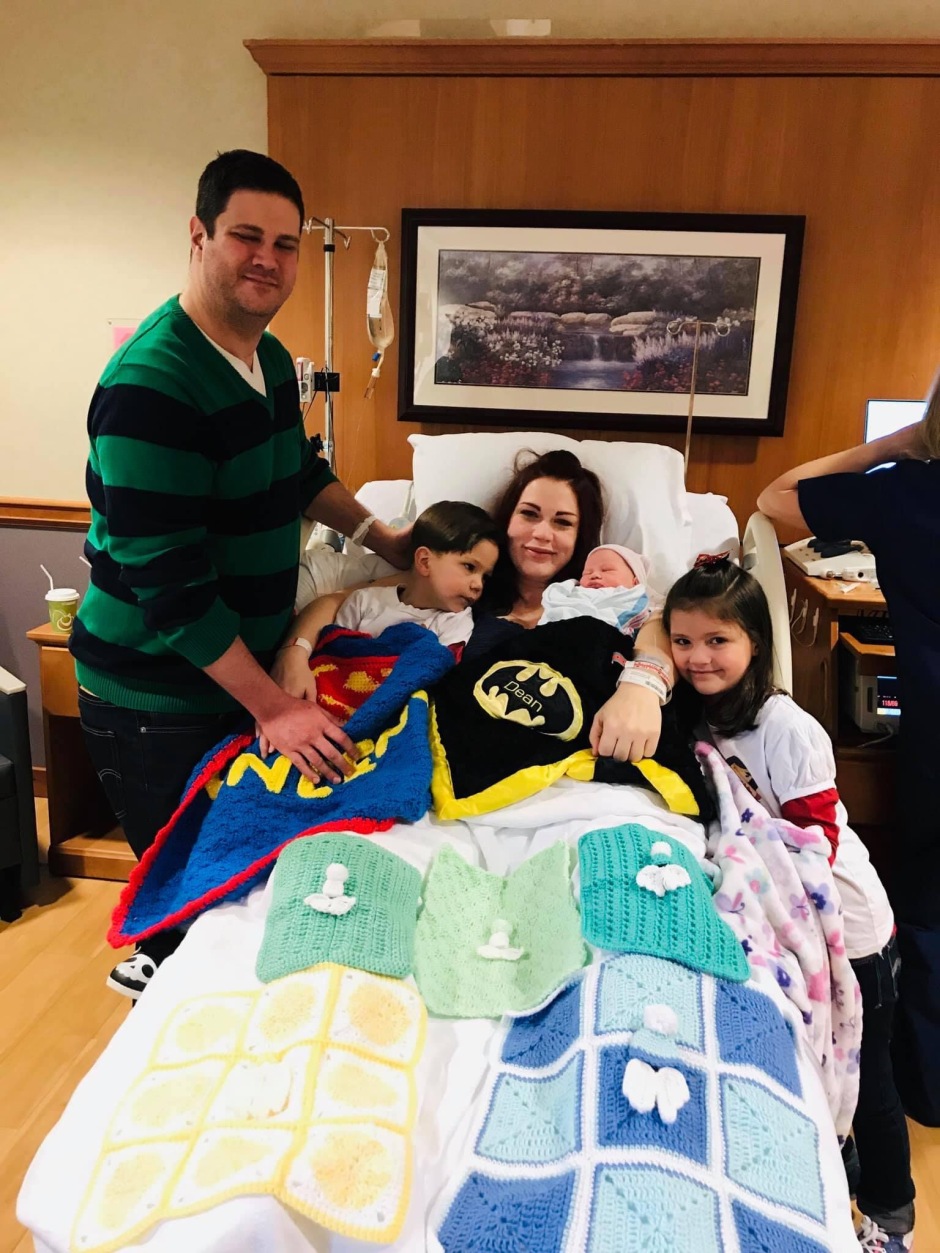 Our first pregnancy was ectopic. This after we were told it was a one in a million chance to have kids at all. Our next pregnancy was twins, our daughter was born that Fall, but her twin was lost at seven weeks. Everyone was focused on the baby born and I couldn’t help but feel like another angel was forgotten and ignored. After that we had our son, a miracle. Everyone was so happy, girl and boy and we were done! So lucky one of each! But there were still holes in our hearts where our two angel babies are.

We FELT there was still someone we were meant to meet… We tried for one more. We lost this one at 9 weeks… we actually saw their last heartbeat… as our tech tried to find the heartbeat… “beat…..” they found it! “Silence…” why is it so slow? “Beat….” there it is!!! “Silence….” and he was gone. “Please look again!!!” Nothing.

After that we got pregnant with twins again. Lost one at 9 weeks. I stopped doing anything… I was so scared. Then we found out the other was having so many problems, the pregnancy would not last. We lost him at 17 weeks. Five angel babies, two on Earth.

Our kids begged for a little brother and I said we were done, I could not do this anymore. A year and a half later we had that little brother, and five angels looking over our family of five on Earth. When he was born we brought ALL the kids’ baby blankets and had our first and only complete family photo when our last Rainbow was born.

What their Project Robby Keepsake Sets mean to them:

Having these mementos- blankets, hats, wings- means the world. It gave us the strength to share them and finally name them all. To make sure it’s not just us who know them. It has helped heal our hearts some ❤️