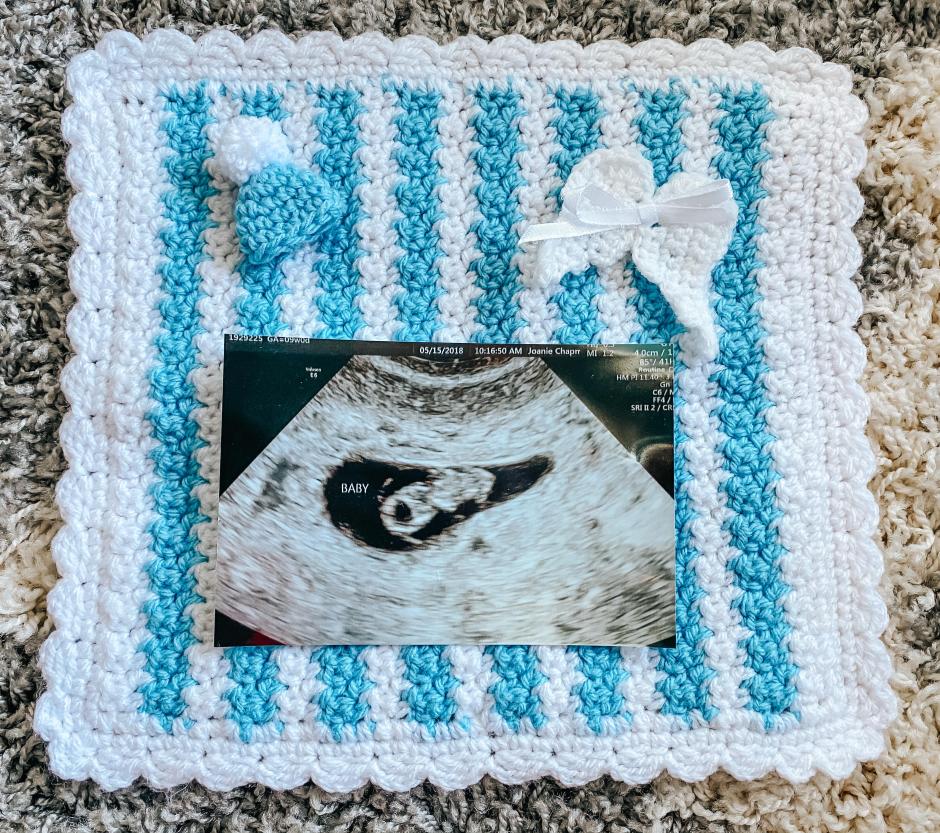 On May 15, 2018 I went for my 8 weeks ultrasound. I was nervous but excited to see our baby! When the tech told us everything looked great and the baby had a healthy heartbeat of 150 bpm we went home even more excited that our risk for miscarriage was now less than 5%. My due date was set for December 26, 2018! A Christmas baby! The perfect gift.

On May 26, 2018 we decided to go for an elective ultrasound to see how much our baby had grown. We got to the ultrasound place and the tech was smiling at us congratulating us on our new addition. When she placed the wand on my belly and started looking around I saw something that looked like a blob.

Was the baby still supposed to look like a blob at 10 weeks? Why wasn’t the baby moving? Why wasn’t there a little flicker of a heartbeat? Was I missing something? The tech was quiet and didn’t say anything while she continued to scan.

I remember saying “I don’t see a heartbeat” and after a long pause she quietly replied that she was so sorry, but she didn’t see one either.

At that moment our world came crashing down. I sat there paralyzed as time stood still. My husband had gotten up and walked out of the room, but I just continued to sit there in disbelief staring at the screen. Then I got up and just walked out without saying a word. While we sat in the car in complete shock my mom came to get my 18 month old son. I called my OB who told me to head to the ER to confirm that I had in fact suffered a missed miscarriage because it was Memorial Day weekend and the office was closed.

When we got to the ER I was put into a private room. By that point I was angry and crying non stop. Could this really be? I still felt pregnant! I wasn’t bleeding or cramping. What was going on? I was wheeled back to do an ultrasound where they confirmed my worst fear. The baby had died 2 weeks prior shortly after our “perfect” 8 week appointment but my body had no idea.

I had what was called a missed miscarriage. A missed (or silent) miscarriage is one where the baby has died or not developed, but has not been physically miscarried. In many cases, there has been no sign that anything was wrong, so the news can come as a complete shock.

After speaking with my OB and midwife I was given 3 options:

1. Wait for the miscarriage to occur naturally at some point.

2. Schedule a D&C surgery for after the holiday.

3. Take the misoprostol pills at home and pass the baby there that same day.

I went with option 3 because I couldn’t handle carrying around my dead baby any longer. After taking the pills around 3pm that afternoon the process started and it was the worst experience of my life. It was painful, worse than labor, and there was blood, so much blood. Around 10pm we went back to the hospital because I was in so much pain I was throwing up and so close to passing out that I couldn’t even stand. By midnight the worst of it was over and I had passed the baby at the ER.

We buried him under a memorial stone in my parents garden a few days later. We decided to name our baby Noah even though we had no confirmation of gender, I was sure that he was a boy. Noah means rest and peace so we thought it was perfect. The days, weeks, and months after my loss were a blur of anger and sadness. I was angry at everyone and everything. I kept thinking why me? Why my baby? I didn’t feel like I was in a good place to try again even though all I wanted was another baby. I couldn’t look at pregnant women, couldn’t look at babies without it bringing me to a dark place. I was constantly reliving my loss and was having a very hard time healing. When I saw those two pink lines I had started to imagine a life for my baby. What would he be like? Would my older son be his best friend? Would he come on his due date? What would he look like? How much would he weigh? When would he get his first tooth? Would he walk early like his brother? The moment I found out that he had died that was all ripped away. It felt like this life I had imagined so excitedly had been stolen from me.

What receiving Project Robby Keepsake Set means to her:

When it came in the mail I couldn’t stop crying. The sweet handwritten note touched my heart. The set gave me something I can physically hold to remind me of my son. All I have is one ultrasound picture from 2 weeks before we lost him. This set helped bring me peace and honor my son gone too soon. Every time I see my keepsake set it reminds me how love and missed my son is.